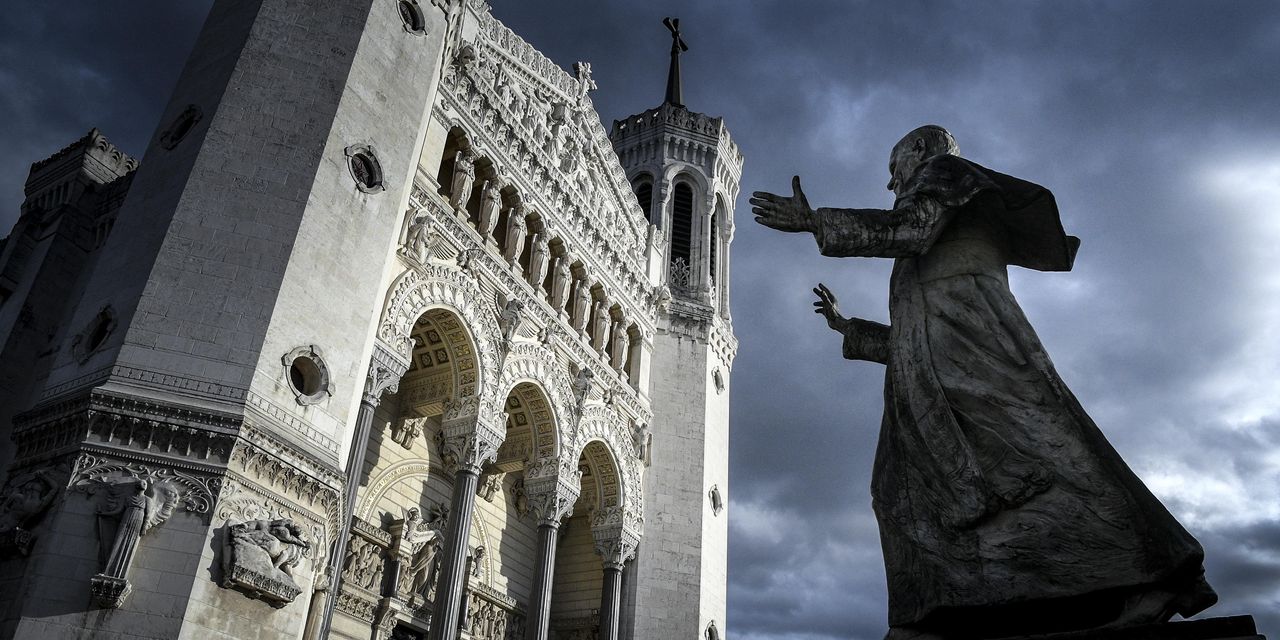 An investigation by the Catholic Church in France found that priests, church workers and volunteers have sexually assaulted around 330,000 minors since 1950.

The discovery appears in a voluminous report released Tuesday, the latest in a series of studies on abuses that have rocked the Catholic Church in the United States and other countries in recent years.

Archives research and a call for testimony also revealed that around 3,000 priests and male members of religious orders had sexually abused minors since 1950, according to the report.

The figures â€œare more than worrying. They are overwhelming, â€said Jean-Marc SauvÃ©, a prominent jurist who led the investigation. â€œThey are calling for very strong measures.

Mr. SauvÃ© noted that the estimated number of victims, based on a large survey, as well as contacts with thousands of victims, had a margin of error of 50,000.

French investigators called on church authorities to implement reforms, including better internal guarantees, supervision and training of priests. The report also calls for rethinking the theology of the clergy, suggesting that exaggerated deference to priests made it easier for them to abuse minors.

Mr. SauvÃ© was tasked with constituting the panel that conducted the survey in 2018 by the Conference of Bishops of France and the National Conference of Religious Orders. The other members of the commission included experts in medicine, law and theology.

â€œIn the face of so many shattered and destroyed lives, we are ashamed and outrageous,â€ the conferences said in a joint statement. “We know there is still a long way to go before we can hope to deserve the forgiveness of the victims.”

The Vatican said in a statement that Pope Francis was saddened by the contents of the report and that “his thoughts go first and foremost to the victims, with great sadness for their injuries and gratitude for their courage” in denouncing the abuses.

“We see the scale of the crimes they have committed,” said FranÃ§ois Devaux, co-founder of a group of victims of abuse in France, in an interview. He hailed the report as “a turning point in our history”.

In Tuesday’s report, investigators concluded that child sexual abuse in the church was less common than among family and friends, but more than in schools, camps and sports.

Mr. SauvÃ© indicated that during their contacts with the victims, the investigators noted that 60% still encountered strong or very strong disturbances in their emotional and sexual life.

â€œWe have to leave behind the idea that the problem is behind us. It continues, â€said Mr. SauvÃ©.

The French report is the latest in a series of local and national investigations into sexual abuse by clerics in the Catholic Church since the crisis erupted in 2002 with revelations of long-standing abuse and cover-up to Boston. Since then, studies by private groups or government agencies have indicated the extent of the church crisis in the United States, Ireland, Australia, Germany and the United Kingdom.

Mr. SauvÃ© expressed confidence in the high number of victims in the French report, compared to those cited by investigators from other countries, including the United States and Germany, where he said lawyers and d Other barriers had limited access to relevant records.

Reports in Australia and Germany have inspired national gatherings of Catholic bishops, clergy and laity to consider proposals for change in the church.

A synod in Germany, prompted by a 2018 report that priests abused at least 3,677 minors over seven decades, is considering the ordination of women and an end to compulsory celibacy for priests. Last week, the synod voted to support blessings for same-sex couples, despite a Vatican ban on the practice.

The Catholic Church is not the only religious organization to be subject to such scrutiny. A report sponsored by the UK government found in 2020 that nearly 400 clergy and other Church of England employees were convicted of sexual abuse between the 1940s and 2018.

The Vatican has also investigated itself, producing a 2020 report on the case of former Cardinal Theodore McCarrick, who in 2019 became the first modern-day cardinal to be removed from office after a Vatican court gave him the convicted of sexual abuse of minors and sexual abuse. misconduct with adults.

The Vatican report contained evidence that three successive pontiffs – Saint John Paul II, Pope Benedict XVI and Pope Francis – had failed for years to discipline Mr McCarrick. Mr. McCarrick, 91, who has denied any wrongdoing, is currently on trial for sexual assault in Massachusetts.

After defrocking Mr. McCarrick, Pope Francis revised Church law to make it easier to investigate bishops who abuse or cover up abuse by others.

Tuesday’s report on sexual abuse by clerics in France follows the high-profile episode of Cardinal Philippe Barbarin, a former Archbishop of Lyon, who in 2019 was convicted of failing to report sexual abuse of children, but whose conviction was overturned the following year.

Cardinal Barbarin allegedly failed to report an accusation by a victim of Bernard Preynat, a former priest who was convicted last year of sexually abusing dozens of boys in the 1970s, 1980s and early 1980s 1990, by his own admission.

How to mix strength with weakness

Report estimates that 330,000 children abused in the French church since the 1950s