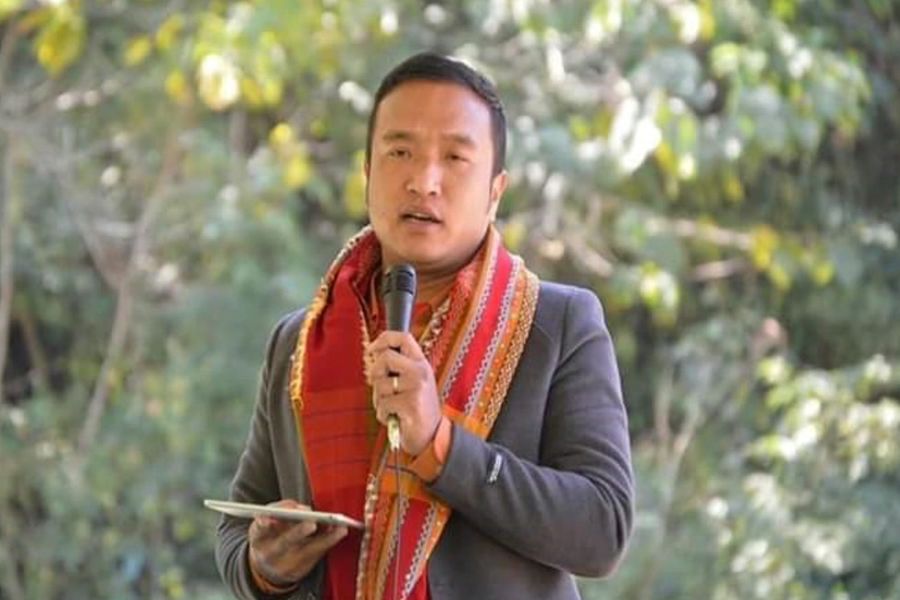 Burma’s Christian minority is suffering amid the military’s continued crackdown on protesters opposing its February coup, a human rights activist said on Tuesday.

Benedict Rogers said on September 28 during a webinar at the European Parliament in Brussels, Belgium, that earlier this month the military killed a Christian pastor, Cung Biak Hum.

â€œOne of the most recent examples of Christian persecution is the murder, just 10 days ago, on September 18, of a 31-year-old Baptist pastor in Chin State, Pastor Cung Biak Hum, who was shot while trying to put out an outbreak of fire after the army fired artillery fire that burned houses, â€he said.

“And not only did they kill him, they cut off his ring finger to take his wedding ring.”

The military seized power in the Southeast Asian country, officially known as Myanmar, on February 1.

Security forces fired at people protesting the move. The Assistance Association for Political Prisoners advocacy group reports that 1,136 people have died in the clashes as of September 27.

There are approximately 4.4 million Christians in Burma, a predominantly Buddhist country of 54.8 million people bordering Bangladesh, India, China, Laos and Thailand. There are some 750,000 Catholics in the country, led by Cardinal Charles Maung Bo, the first Burmese national to receive the Red Hat.

Rogers, senior analyst on East Asia for human rights group Christian Solidarity Worldwide (CSW), said it was important to recognize that Christians largely belong to ethnic minority groups that have been targeted since long by an army which â€œhas always pursued a Burmese Buddhist nationalist program. “

The Burmese people, also known as the Bamar, are the dominant ethnic group in the country.

Rogers said, â€œI think the question for the future of Myanmar, or Burma, is, is this the multi-ethnic, multi-religious society that it actually is, in its makeup? Or will it be a Burmese Buddhist society in which ethnic and religious minorities are treated, at best, as second-class citizens?

Alex Aung Kant, independent candidate for the 2019 Yangon City Development Committee elections, who left Burma after the coup. Screenshot of the webinar on forgotten Christian minorities in Myanmar.

The webinar, hosted by Dutch Member of the European Parliament Bert-Jan Ruissen, also heard from Alex Aung Khant, who ran as an independent candidate in the Yangon City Development Committee elections in 2019.

The young activist, who fled Burma after the coup, said ethnic and religious minorities had suffered persecution for decades and discrimination persisted to this day.

â€œIn Myanmar, the office for obtaining your national identity card has actually two entrances. There is an entrance for Bamar Buddhists and another entrance for all other ethnicities and all other religions. So there is systemic discrimination from the start, as citizens, â€he explained.

â€œThis concerns both our administration and our economy, because your identity card defines who you are and what your rights are. Your right to vote is also part of it.

â€œSo if an ethnic person even wants to flee the country, they must first go to a passport office, where there is already a separate line for all ethnicities and religions. And so, from this stage already, they face systemic discrimination, where their line is much longer and the other line is much shorter.

Adina Portaru, Senior Advisor of ADF International in Brussels, also spoke during the webinar. She said there was an urgent need for a new European Union envoy for religious freedom, following the sudden departure this month of outgoing President Christos Stylianides.

Pope Francis became the first pope to visit Burma in November 2017 and has repeatedly called for peace in the country.

In a speech to diplomats accredited to the Holy See in February, he expressed his wish that “the path to democracy taken in recent years by Myanmar can be taken up again by the concrete gesture of the release of the various imprisoned political leaders”.

The Pope called on the international community on March 3 to “ensure that the aspirations of the Burmese people are not stifled by violence.”

During his general audience on March 17, the Pope referred to an image circulating on social media of a Catholic nun in Burma kneeling in front of the police, begging them not to attack the protesters.

He said: â€œI also kneel in the streets of Myanmar and say, ‘Stop the violence.’ I too stretch out my arms and say, “Let dialogue prevail.”

Speaking after the Regina Coeli on May 2, the Pope endorsed an initiative “to pray for peace with a Hail Mary for Myanmar in our daily Rosary”.

Pope Francis presided over a mass for the Burmese community in Rome on May 16. Speaking at the webinar, Benedict Rogers issued a cautious note of optimism.

He said: â€œIf the military remains in power for any length of time, then, without a doubt, the human rights situation will only remain extremely dire and potentially worsen.

But he continued: â€œHaving said that, I have some hope that if the army can be suppressed somehow and democracy can be restored, the unity of those opposed to the coup of State is truly extraordinary and gives me reason to hope. ”

â€œAnd we have even seen examples of Burmese Buddhists, who had previously believed in some of the regime’s propaganda against religious and ethnic minorities, in effect apologizing for their attitudes in the past and acknowledging that ethnic and religious minorities had suffered a lot and shared the same goal as them for democracy.

The sacramental preparation of children is very insufficient