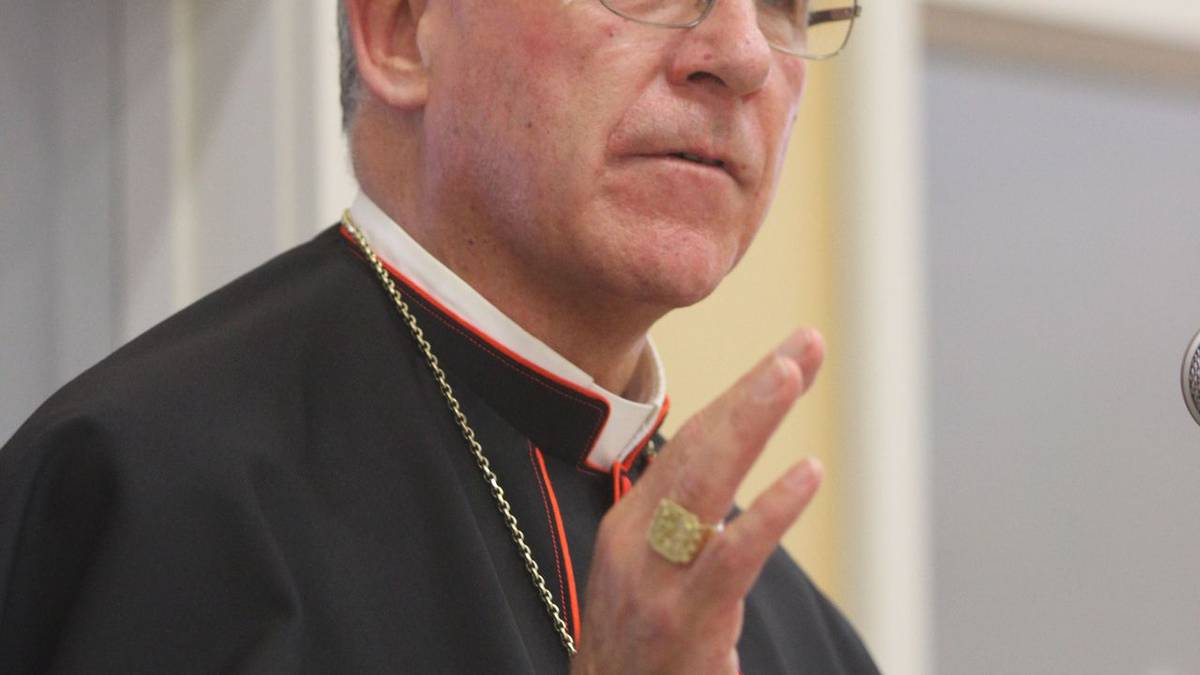 As many as one in seven Catholic diocesan clergy in New Zealand have been accused of abuse, according to a church-led survey.

But groups representing victims say this likely represents only a fraction of actual abuse within the church, which often went unreported or recorded.

The Catholic Church reported on the scale of alleged abuse in its New Zealand parishes, schools and other institutions for the first time today, after a request from the Royal Commission into Abuse in State Care .

During a two-year investigation, the church received 1,680 reports from 1,122 people against Catholic clergy, brothers, nuns, sisters and laity from 1950 to the present day – of which 592 were named.

Nearly half of the alleged abuses involved sexual abuse. And the vast majority of complaints were about children.

“These statistics on abuse in the Catholic Church dating back to 1950 are horrific and we are deeply ashamed of them,” said Cardinal John Dew, the church’s most senior representative in New Zealand.

“I am grateful that so much work has been done to research the details and make them public.

“As we continue to respond to the Royal Commission into Abuse and build a safer Church for all, I strongly hope that facts like these will help us deal with the sad reality.

“The Church will learn from this and affirm its commitment to the work of safeguarding.”

The investigation was led by Te Rōpū Tautoko, a group that coordinates the Catholic Church’s engagement with the Royal Commission.

Te Rōpū Tautoko acknowledged that this was not an exhaustive record of abuse, as it only covered recorded reports.

Network for Survivors of Abuse in Faith-Based Institutions spokesman Murray Heasley said the church’s findings likely reflect a “tiny fraction” of overall abuse within the church.

The higher rate of alleged abuse among clergy was likely the result of a major police investigation into Marylands School in Christchurch in the early 2000s, he said.

Heasley said if further well-funded police investigations were carried out at other Catholic institutions, the scale of abuse in all parts of the church would be higher.

He also said the church did not seem to show urgency in response to the damning findings.

“The church has come up with these statistics, where is the action?

“We must remember that we are talking about real human beings here. Behind these chilling numbers are horrific abuse and pain, survivors living now and carrying trauma day by day as we speak.”

Of the 2,286 brothers and priests belonging to the church, 187 (8%) had reports of abuse against them. And 3% of the 4,247 female members of the congregation have been accused of abuse. Another 138 allegations were made against lay people within the church.

Half of the complaints concerned sexual abuse of children. They occurred most often in schools and residential care facilities, but also in parishes.

The victims did not always name their attackers. But in some cases, multiple allegations have been made against individuals. Six alleged abusers were the subject of 15 or more complaints.

“Each piece of data represents the lives of many people,” said Sister Margaret Anne Mills, president of the Aotearoa Congregational Leaders Conference in New Zealand.

“Much of it represents terrible harm done by one person on another. We can never forget that.

“Being involved in healing this disease, as much as possible, is and must continue to be our goal.

Te Rōpū Tautoko President Catherine Fyfe said the extent of reports of abuse within the Catholic Church had not been gathered so far.

“The information-gathering project was a major exercise involving dozens of people over two years, including the search for 70-year-old paper records from hundreds of locations.”

The release of the inquiry comes ahead of Royal Commission hearings into Marylands Catholic School and the Hebron Trust in Christchurch. A total of 236 reports of abuse linked to the two institutions, and another 239 relate to St. Joseph’s Orphanage and Nazareth House, where brothers from Marylands and the Hebron Trust were involved.

In previous commission hearings, victims have accused the Catholic Church of covering up and minimizing sexual abuse.

Witnesses told how the church would investigate itself after an allegation, usually with little separation between the investigator and the perpetrator.

He often downplayed the abuse, in his actions and language. The survivors were not asked to turn themselves in to the police. And the aggressors were rarely punished.

Survivors were usually offered money – with the caveat that it was an ex gratia payment, not compensation for abuse.

Listening, “a necessary prerequisite for the development of faith”: the Catholic…

No guarantees for Catholic schools as Archdiocese of St. Louis delays closure…