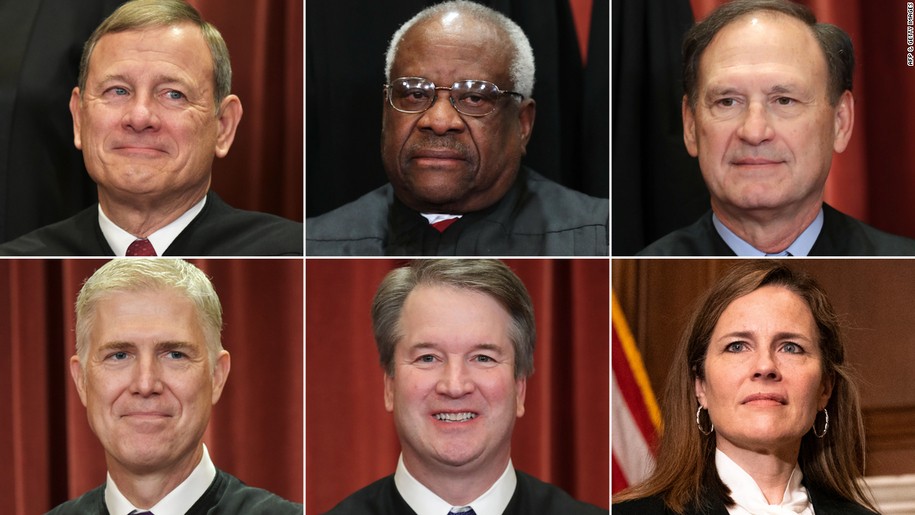 The whole enterprise of conservatism is dedicated to protecting what conservatives see as a natural hierarchy. When you add the religious fanaticism now present in the Supreme Court, you see this natural hierarchy established by God. The rich are rich because God favors them. God ordained that the poor be poor, and there is nothing to be done about it.

What makes this form of fanaticism so interesting is that its adherents feel they must uphold this natural order and ensure that the poor know that it is their natural lot and that God’s anointed are there, apparently, to aggravate their condition. The irony here is that fanatics believe the Almighty needs their help to make the wretched more wretched. Why should a being called the Almighty need help from us humble humans? After all, there is a lot of misery in the world without more being accumulated on purpose.

It is our fellow human beings who need our help, not the Almighty.

It is this final decision that interests me today, but I will also talk a little about the others.

In this second golden age, the income gap between rich and poor has turned into a yawning abyss. The super-rich have launched their own private space programs, while the poorest Americans are denied a minimum wage high enough to feed themselves. In light of this, the overthrow of Roe v. Wade tells a poor woman that no matter how she got pregnant or what the condition of her fetus is, she can’t abort it. She must accept the consequences of her actions.

The wealthy have their own quiet ways to get their wives and daughters out of trouble.

To imagine. Well, you don’t have to imagine, because now it’s reality.

God forbid that if a woman (by necessity aided by a man) makes a mistake and does not want a baby (perhaps because she is too young or lives in extreme poverty), she is allowed to save her own future and not carry the burden of accompanying this child into adulthood.

God forbid if a woman is raped, she is allowed to prevent that child from being born.

God forbid that a woman who bears a child with a serious birth defect is allowed to prevent the misery of a child by aborting it.

God forbid that a woman seeks to kidnap a child who died in her womb prematurely.

God forbid that a poor woman is allowed to lighten her own burden. No, the poor must come to terms with their lot and accept any increased burden that life throws at them. After all, it’s their sinful behavior who got them pregnant in the first place.

Meanwhile, the rich are all forgiven. They are allowed to misbehave because they can afford it.

The other two decisions (firearms and religious “rights”) make an interesting combination with the overturning of Roe v. Wade. Facilitating access to a weapon for anyone who swells the ranks of the two opposing camps: the bad guys with guns and the right-thinking assholes with guns.

The proliferation of guns makes life so much more interesting. Self-righteous assholes with guns (George Zimmerman) will make their own mistakes and kill not necessarily bad guys with guns, but unarmed people (Trayvon Martin) at a higher rate. Sometimes they will mistake their own family members for intruders.

Coupled with tearing down the wall between church and state, the individual’s right to bear military-grade weapons will make everyone ready for all the future religious wars that life in a theocracy normally produces. After all, declaring ours a Christian country, while denying non-Christians their religious freedom, raises the interesting question of who is Christian and who is not. When religion and politics are not mixed, such questions are a matter for civilized theological discussion. But when religion confers political power, the question of who is a real Christian becomes mortal. The existence of rival religious militias during the Lebanese Civil War provides a model for America’s future as a “Christian nation”. Who is and who is not a Christian? A Mormon? A Catholic? A Baptist? What kind of Baptist? A Methodist? A Jehovah’s Witness? Seventh-day Adventist? Well, that can be sorted out in our AK 47 saturated country, no problem.

The religious fanatics of the Supreme Court are hurtling us towards an unlivable society. A society no sane person would want to bring a child into. A society where a woman might want to have an abortion.