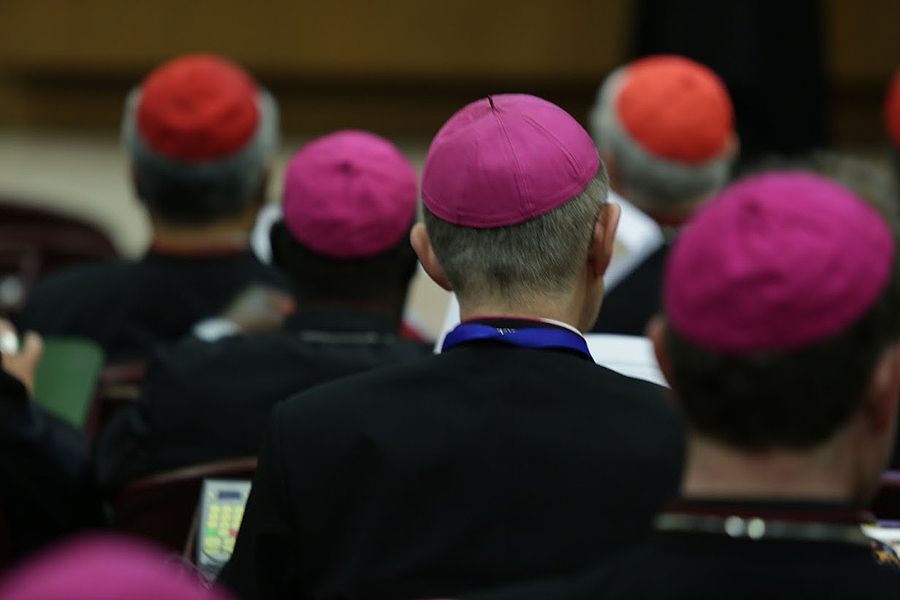 The Church is not a parliament

Fernández stressed that the synodal process cannot be equated with the way secular governments draft, debate and pass their laws. “Synods and assemblies should not contradict what the Spirit says to his Church as if the Church were a civil parliament, which changes laws at the behest of the voters,” he said.

For this reason, he said, the warnings about the danger of schism in the case of the Church in Germany must also be applied to the Synod on Synodality.

“What is happening at the Synod of the Church in Germany, and which the Holy See has warned that it “does not have the power to compel bishops and the faithful to adopt new forms of government and new approaches to doctrine and morals “must be applied to the whole Church,” Fernández said.

“Synods and Assemblies. May God help us in these turbulent times in society and also in the Church,” the Prelate added.

One of the controversies that formed part of the synod process on synodality took place in Spain, where the archdioceses of Barcelona and Zaragoza included among their proposals the abolition of priestly celibacy and the access of women to the priesthood.

In the final synthesis of the diocesan phase of the Synod on synodality, closed on June 11 by the Spanish Episcopal Conference, it is said that “although these are questions raised only in certain dioceses and, in them, by a small number of groups or individuals, we have seen fit to include in this synthesis, because of their relevance in the essence of ecclesial dialogue and with our fellow citizens, the request they make regarding the need to discern more in depth the question of optional celibacy in the case of priests and the ordination of married men; to a lesser extent, the question of the ordination of women also arose.

The synthesis published by the Spanish Episcopal Conference will go to Rome to be inserted in the previous work of the Synod on synodality.

What is the Synod on Synodality?

The Synod of Bishops, whose theme will be “For a synodal Church: communion, participation and mission”, will be held in October 2023 at the Vatican.

At Catholic News Agency, our team is committed to reporting the truth with courage, integrity and faithfulness to our faith. We provide news about the Church and the world, seen through the teachings of the Catholic Church. When you subscribe to the CNA Update, we’ll send you a daily email with links to the news you need and, occasionally, breaking news.

As part of this free service, you may receive occasional offers from us on EWTN News and EWTN. We will not rent or sell your information and you can unsubscribe at any time.

During the inauguration of the work of the synod on synodality on October 10, 2021, Pope Francis declared that “the synod is a path of spiritual discernment, of ecclesial discernment, which takes place in adoration, in prayer, in contact with the Word of God. .”

The preparation of the Synod has three stages: at the diocesan level, at the continental level and at the level of the universal Church.

This last stage will take place when the General Secretariat of the Synod sends to the participants of the Synodal Assembly the text of the second Instrumentum Laborisor working document of the Synod.

This second working tool will be the one that the Synod Fathers will discuss during the Synodal Assembly of October 2023.

At the end of their debates, the Synod Fathers will present a final document to Pope Francis.

Finally, the Holy Father could publish a Post-Synodal Apostolic Exhortation, which does not necessarily have to agree with the final document of the Synod Fathers.