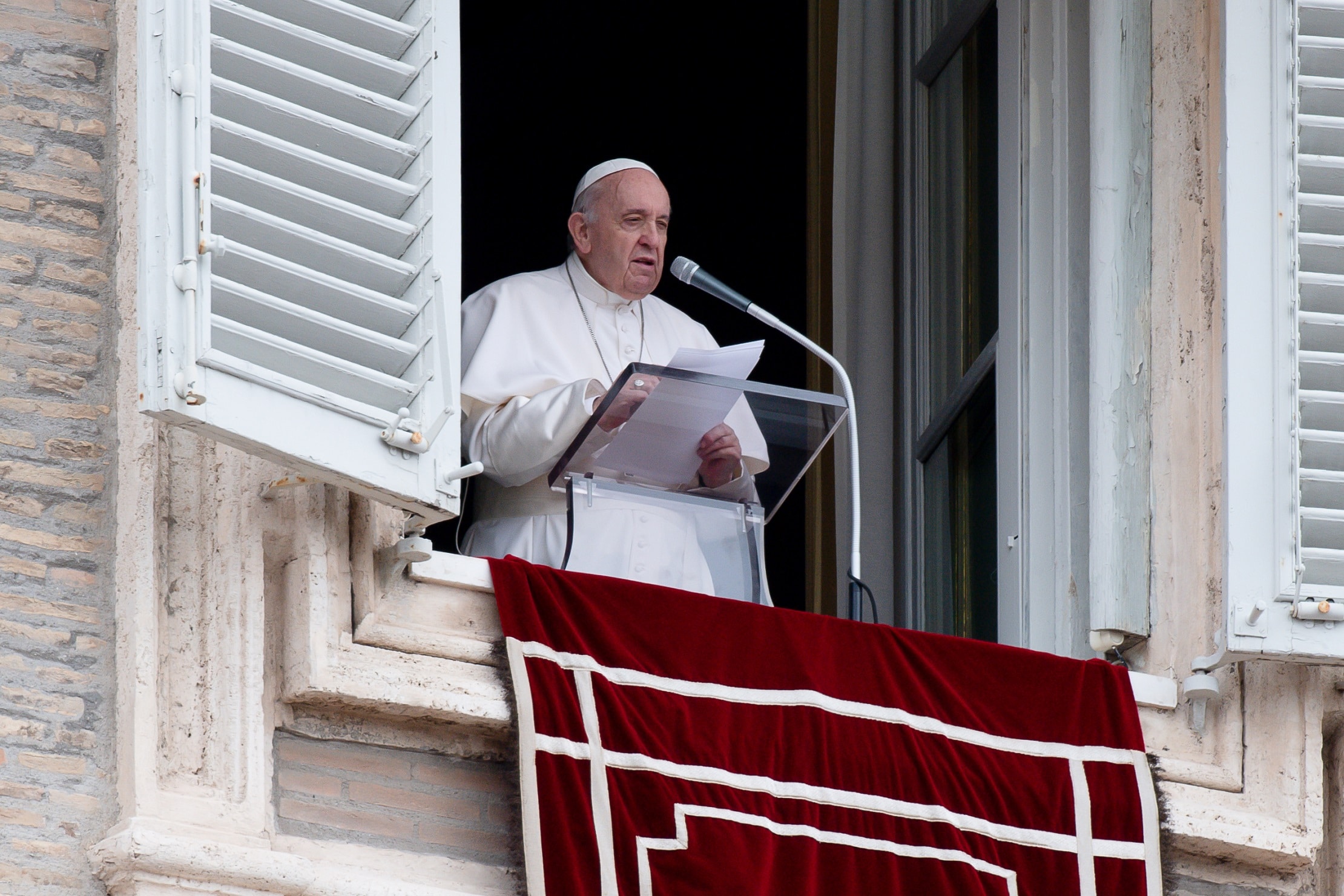 The essential ingredient of life is prayer – Catholic Telegraph

On the first Sunday of Advent, Pope Francis reminded Christians that an essential ingredient in living an alert and joyful life is prayer.

â€œBe awake, keep your heart,â€ the Pope said in his message before the Angelus on November 28. “And let’s add an essential ingredient: the secret to being vigilant is prayer.”

â€œIn fact, Jesus said, ‘Stay awake at all times by praying’ (Luke 21:36). It is prayer that keeps the lamp of the heart burning. Especially when we feel that the enthusiasm is cooling off, prayer revives it, because it brings us back to God, to the center of things, â€he added.

The Pope also underlined that “prayer awakens the soul from sleep and focuses it on what matters, on the end of existence”.

â€œLetâ€™s repeat this prayer throughout the day, and the soul will remain alert,â€ he said.

From a window overlooking St. Peter’s Square, Pope Francis delivered his weekly Angelus on the Gospel of the Day according to St. Luke, in which Jesus warns his disciples against the end of the world and his second coming.

â€œJesus announces distressing events and tribulations, but precisely at this point he invites us not to be afraid,â€ continued Francis. “Why? Because everything will be all right? No, but because he will come. Jesus will return, Jesus will return, he promised it. He said thus: ‘Rise and lift up your head, for your deliverance is at hand.’ â€

The Pope warned people not to become “sleeping Christians,” who let their hearts become lazy and “their spiritual lives soften in mediocrity.”

“We must be vigilant so as not to drag the days into the routine, so as not to be overwhelmed – says Jesus – by the troubles of life”, he declared.

Francis said that the beginning of Advent is a good time to ask what weighs on our hearts and weighs on our minds: “What are the mediocrities that paralyze me, the vices, what are the vices that crush me and prevent me from raising my head?

We must also ask ourselves whether we are attentive or indifferent to the burdens of our brothers and sisters, he added. “These questions are good for us because they help protect the heart from acedia.”

Acedia, also called laziness, “is a great enemy of the spiritual life,” he said. “Acedia is that laziness that falls, slips into sadness, which takes away the joy of living and the desire to act.”

According to FranÃ§ois, this negative spirit “nails the soul into numbness, depriving its joy”.

He said â€œprecisely in the moments when everything seems to be over, the Lord comes to save us; await him with joy even in the midst of tribulations, in the crises of life and in the dramas of history. Wait on the Lord.

“Let us pray to Our Lady: that she, who waited for the Lord with a vigilant heart, accompany us on the path of Advent”, he declared.

After praying to the Angelus in Latin, the Pope noted the presence in St. Peter’s Square of a fraternal association of migrants and non-migrants whom he met on November 27.

He reflected on the number of lives lost at the borders and said it was sad to hear about migrants, including children, who recently died in the English Channel, the Mediterranean and on the border with Belarus: â€œI have so much pain thinking of them.

Francis also noted that migrants who are forced to return to their countries of origin are sometimes captured by human traffickers who sell them into slavery.

“To the migrants who find themselves in these crisis situations, I assure you of my prayers, and also of my heart: know that I am always close to you”, declared the Pope.

â€œPray and act,â€ he added. â€œI thank all the institutions of the Catholic Church and elsewhere, in particular the national Caritas and all those who are committed to alleviating their suffering.

FranÃ§ois appealed to those who are in a position to help find a solution to the problems which lead to the death and exploitation of immigration and refugees, “so that understanding and dialogue finally prevail. on any form of exploitation and direct the will and efforts towards solutions. who respect the humanity of these people.

â€œLetâ€™s think about the migrants, their suffering, and pray in silence,â€ he said, stopping to pray.