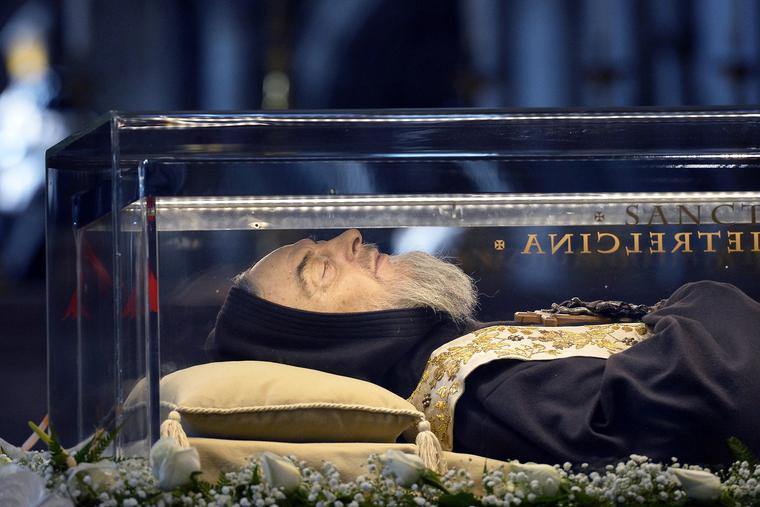 Q. I am a faithful Catholic residing in Lebanon. I have a curious question. Is it morally permissible to dig up archaeological graves, enter them, examine and recover what is inside – including the body or its remains – and display them in a museum; especially if these people wanted to be buried with their belongings and remain intact, like the ancient Egyptians? I already know that the Vatican Museums contain mummies, but I would like to hear the moral reasoning behind it. The Amerindians are also putting pressure on the competent authorities to recover the bones of their ancestors which have been excavated. – Elijah

A. I will start with the ancient Egyptians and end with the Amerindians.

As a proper answer, we must answer three questions. First, is excavating, examining and showing the contents of ancient tombs, including human remains, some kind of desecration? Second, is it a kind of theft, that is, to expropriate what belongs to others against their legitimate will? And finally, even if it is neither a desecration nor a theft, do we have stronger reasons to respect the original funeral intentions of the buried bodies and related goods than to act against them?

Is it some kind of profanation?

Respect for the mortal remains is not only a Christian duty but a universal one. Who can not be moved by Achilles’ horrible desecration of Hector’s corpse as described by the pagan Homer? The Catholic Church bases its teaching on respect for human remains on faith in the resurrection and on the intrinsic worth of people. We respect the bodies of the dead as witnesses of Christian hope in the resurrection of bodies. We also treat corpses with respect to symbolically honor the memory of those whose remains were once their bodily expression. Finally, we respectfully bury the dead as a bodily work of mercy (Catechism 2300; Pius XII, Address to a group of eye specialists, May 14, 1956).

Does respect require us to refrain from examining and exhibiting human remains? He could, if we had a duty to comply with the wishes of those who are long dead. But unless the common good of an existing community benefits by leaving the burial sites of ancient peoples untouched, those of the present should not feel bound by the wishes of members of past civilizations. No promise is broken when we disregard their wishes because we have not taken part in any of those promises.

Moreover, in the case of the ancient Egyptians, their wishes that their graves were left untouched were at least partially based on lies. Their religion believed that after death, part of a person’s soul returned to the body at night, and therefore the preservation of the body was crucial for the well-being of the soul.

We know, as confirmed by Pope Saint John Paul II, that death “results from the separation of the principle of life (or of the soul) from the bodily reality of the person” (Speech at the 18th International Congress of the Transplantation Society, August 29, 2000). This separation is irreversible. Material remains are no longer a person’s body and have no intrinsic personal value. They have an instrumental value insofar as they benefit the living for things like bereavement, respect for memory or medical training.

So, no, examining and displaying the mortal remains of citizens of past civilizations is not necessarily disrespectful.

The second question is whether property claims are at stake with the expropriation of ancient human remains? The funeral and real estate laws that bound the ancient Egyptians only bind us if they are the expression of natural law. But the rituals of mummification and entombment are not universal norms binding everyone everywhere and forever. The communities in which they were born disappeared millennia ago. The ancient Egyptians who died cannot have any present claims.

And their relatives? If the descendants of ancient peoples can be identified and an appropriate lineage of inheritance established on the contents of the tombs, then the corresponding regulations and inheritance laws would govern how they should be disposed of. When it comes to remains or artefacts of ancient peoples, it is unlikely, but not impossible, that legitimate descent can be established. In the papacy we have an example where legitimate linear succession can be established. In such a case, the bones of, say, Saint Peter rightfully belong to the Catholic Church.

In other cases, assuming archaeologists comply with host country property laws, digging up and displaying mummified bodies does not violate property rights.

Finally, although entering, handling and displaying human remains is neither desecration nor theft in itself, nevertheless do we have stronger reasons to respect the original funeral intentions of bodies and buried goods than to disturb them?

It seems to me that there may be good reasons on both sides of this issue. Wherever the human goods of religion, friendship, justice and life would be realized by abstaining from or disturbing the burial places of ancient peoples, we have reasons to do so or not to do so. to do.

For example, there are several good reasons to enter the tombs of the ancient Egyptians and examine and view the contents.

We have reasons relating to human life, i.e. medical reasons (for example, the work of the Mütter Museum). Examining the anatomies and pathologies of older biological materials can shed light on diseases and abnormalities, yielding scientific knowledge that can help living things.

There are also educational reasons. Studying the mortal remains of a once extant civilization advances knowledge about how ancient peoples lived and died, worshiped, worked, recreated, and more.

Finally, there are cultural and moral reasons. The examination and display of human remains in museums gives the community tangible access to the heritage of humanity. What we learn about our past can help us make better decisions in the present.

There are therefore good reasons to support archaeological projects of ancient burial sites.

If, however, entering the graves and manipulating the contents promised conflict between existing peoples or other avoidable damage; or if to abstain from doing so promised to realize human good, such as respect for religious freedom, or the realization of the truth, then there would be reasons for abstaining.

The identification of all the strongest reasons can only be done in the light of specific information relating to particular situations. Questions like this do not admit of “never” or “always” answers.

In the case of existing communities of Native Americans seeking to protect the traditional burial sites of peoples with whom they share group identity, fairness to these existing communities, respect for their heritages, compensation for past wrongs against them and respect for the fundamental good of religion are good reasons to grant them reasonable legal protections to culturally affiliated burial sites and ancestral remains. (See an example of related law.)

Decisions regarding the final layout of the sites and their content should be made in consultation with the Indian tribes concerned and, if possible, in accordance with their wishes. The transfer of ownership and the problems that this raises for the compensation of current owners should be dealt with fairly by the legislature.

Brief epilogue on cremation in the Catholic Church

You may be interested to know that in 1963 the Catholic Church lifted the ban on the cremation of human corpses. The ban was instituted in response to the rise in the 18th century of crematorium practices which were adopted as expressions of atheistic denials of immortality and the resurrection of the dead. As a testimony against atheism, the Church has prohibited Catholics from consenting to the cremation of their bodies.

In the second half of the 20th century, cremation was no longer associated with denial of doctrine, hence the lifting of prohibitions (see Code of Canon Law, 1176, n ° 3).

As the practice of cremation has increased from that time until today, cremation is again associated with misconceptions about death and the afterlife. In response, the Congregation for the Doctrine of the Faith published in 2016 a Instruction emphasizing the Church’s strong preference for the burial of corpses over cremation, but not prohibiting the latter:

“In memory of the Lord’s death, burial and resurrection, a mystery which illuminates the Christian meaning of death, burial is above all the most appropriate means of expressing faith and hope in the resurrection bodies.

The document concludes by saying that “the Church strongly recommends that the bodies of the deceased be buried in cemeteries or other sacred places.”

Celebrating Hispanic Heritage: The History of Our Lady of Guadalupe Church in Amarillo | KAMR

The Church’s Challenge Against Sexual Abuse

A new pastor intervenes at the Sainte-Anne Catholic Church