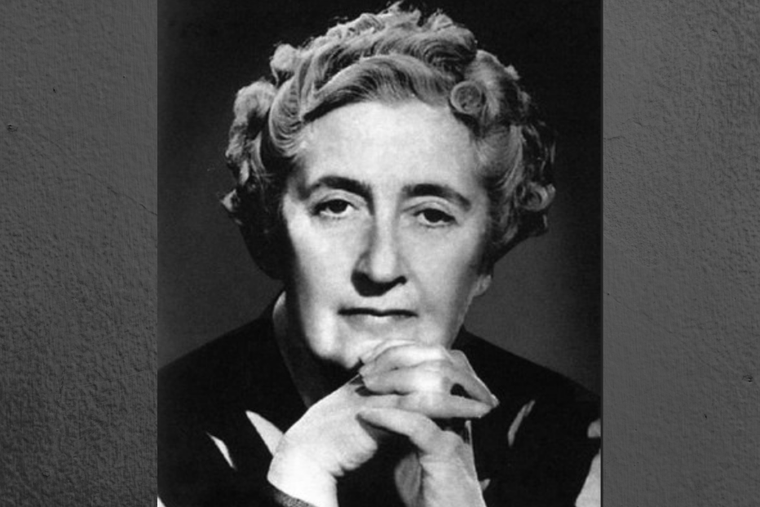 The Mystery of the “Agatha Christie Indult” | Catholic National Register

We have a mystery to solve.

The suspect is none other than Agatha Christie: successful author and undisputed “crime queen”.

The mystery begins with a document composed in 1971. It came from the Vatican, where the then reigning pontiff, Pope Paul VI, issued a indult allowing what was called the Tridentine Mass to continue to be said in England and Wales.

What is striking about this document, which generally only interests liturgists, is that it results from a letter requesting the maintenance of the traditional Mass signed by an eclectic list of notables, many of whom were not Catholic. .

There were signatories to the letter, which was officially called a “Statement by academics, intellectuals and artists living in England”, to be expected, Catholic writers such as Graham Greene, Malcolm Muggeridge, SeÃ¡n Ã“ FaolÃ¡in and David Jones. And there were also some from the British establishment whose signatures could also be anticipated: for example, that of the famous art critic Sir Kenneth Clark, the poet laureate of the time Cecil Day-Lewis, and the academic. and Inklings member Colin Hardie. . But there were also names of non-Catholics that would raise eyebrows: Communist intellectual Philip Toynbee; Liberal Party leader Jo Grimmond; atheist novelist Iris Murdoch; the Jewish violinist Yehudi Menuhin; and the libertarian philosopher Auberon Herbert, to name a few.

A total of 57 names were attached to the letter which stated that its signatories were not concerned about “the religious or spiritual experience of millions of individuals”; instead, they wish to point out how “the rite in question, in its magnificent Latin text” had “also inspired a host of priceless achievements in the arts – not only mystical works, but works of poets, philosophers, musicians. , architects, painters and sculptors of all countries and of all times. Thus, it belongs to universal culture as well as to clergymen and formal Christians. Their concerns about this rite were with what they thought to be ” a plan to erase this Mass by the end of the current year. â€Also the signatories of the appeal wished toâ€œ draw the attention of the Holy See to the appalling responsibility it would incur in the history of the human spirit if it refused to allow the traditional Mass to exist, even if this survival took place alongside other liturgical forms.

This letter made its way to Rome and ultimately to the office of the Holy Father. Then Cardinal John Heenan, Archbishop of Westminster, presented it to Pope Paul VI on November 5, 1971.

As the story progressed, the Pope read the letter and then looked at the names attached to it. When he spotted the name of the crime queen, he reportedly exclaimed, “Ah, Agatha Christie!” and quickly accepted the letter’s plea.

Thus, the indult became known as the â€œAgatha Christie Indultâ€. It enabled the Bishops of England and Wales to grant permission to celebrate Holy Mass in the older form, not, although according to the 1962 Missal, but with the modifications to this rite introduced in 1965 and 1967.

Agatha Mary Clarissa Millar was born in 1890 in Torquay, England. Later known as Agatha Christie, a name she acquired during her first marriage, she would become a literary phenomenon. In fact, the works of Christie were only surpassed by those of Shakespeare and the Bible. She has sold over two billion pounds worldwide. To give an idea of â€‹â€‹the numbers here, if you took each copy of a single book and its sales in the US only and put them end to end, the 1932 stack Danger at the end of the house would reach all the way to the moon. Exceptionally, she created not one but two famous literary detectives: Hercule Poirot and Miss Marple. Christie’s prolific literary output – 66 detective novels, six non-crime novels, and 15 short story collections – has been translated into over 100 languages â€‹â€‹and spanned five decades, from 1920 until her death in 1976.

Despite all that has been written about Christie, there are still many mysteries about the woman herself. In December 1926, as her first marriage collapsed and after an argument with her then-husband, she left the marital home in Sunningdale, Berkshire. Police were called and a national search ensued to find the perpetrator. Needless to say, the press had a day in the field with the missing mystery writer. However, its discovery 11 days later in a Yorkshire hotel only added to the mystery. Questioned several times, she did not remember anything that had happened the previous days. There was also no proof of what she had done, whether it was who she had been with or even how she had managed to cover so many miles from home. His autobiography, published in 1977 a year after his death, is silent on this episode. He refers in a few lines to her first unhappy marriage and the abandonment of her then husband: â€œSo after illness came sorrow, despair and sorrow. There is no need to dwell on it. “

As was typical of her class and background, she was a woman who felt deeply but spoke little. She was known to hate public speaking. When she was elected president of the Detection Club, a position she held from 1957 until her death in 1976, she only agreed to assume this position on the condition of never having to give a speech. Like many writers, it was only publicly owned on the page. From his second marriage to archaeologist Max Mallowan in 1930, one could say that the rest of his life, at least in appearance, was trivial. When she was not in England, she traveled with her husband to his archaeological excavations in the Middle East. Wherever she was, she wrote; and she has published numerous books to the adulation of a growing audience, quietly becoming the best-selling author of fiction of all time.

So what about the â€œIndultâ€ and its role in it? What motivated her to sign the petition? On the Latin Mass Society of England and Wales website, there is a fascinating reminiscence of Alfred Marnau on collecting names for the â€œIndultâ€ petition. He describes how he and others contacted the great and the good to support the petition. However, sadly, that sheds little light on what prompted the signing of the Crime Queen.

Addressing the registry via email about Christie’s involvement in the 1971 petition, Joseph Shaw, chairman of the Latin Mass Society of England and Wales, said: “Like virtually everyone in the UK in 1971 who was fortunate enough to have an education and a social life, Christie was well aware of the Catholic liturgy: she would have lived it at weddings and funeral, and Catholic beliefs and practices play a role in many of his stories.â€¦ It was part of the universal culture. He added, â€œThis liturgy was widely regarded by outsiders as something not only distinctive but particularly impressive. would not want her to disappear any more than the Pyramids or the Mona Lisa.

Maria’s Fiorella is also the author of detective novels; she created the Father Gabriel series of mysteries for Ignatius Press. She is also Catholic. So what does she think of Christie’s involvement in the 1971 Vatican petition? â€œI find it very encouraging that so many non-Catholics appreciate the beauty of the extraordinary form and its significance for English Catholics,â€ de Maria told The Register. â€œI can’t help but smile thinking of the Holy Father recognizing the name of Agatha Christie among the list of signatories. Well, she was the “crime queen” and I sincerely hope that her books adorned the shelves of the papal residence. As to why the most famous detective writer of all time put her name on this document, de Maria responded by acknowledging the mystery, “I have always found Christie’s religious feelings difficult to pin down, although her characters Catholics are generally drawn in a positive way, which was not usual then or now.

More than the average Briton, Christie would have had some familiarity with the Church’s liturgy. She was married to a devout Catholic and no doubt attended mass with him on occasion. She was aware of the world around her and, thanks to the good offices of the Latin Mass Society, was no doubt aware of the desire of some English Catholics to preserve the Tridentine rite. Was it, perhaps, just that? She wanted to be part of a plea to preserve something reverent and beautiful and felt solidarity with it even if she did not share the belief in its sacrificial and saving character?

Perhaps, however, as in the best detective novels, there is a piece of evidence for all to see.

Christie was a devout, though very private, high Anglican. In 1926, around the time of the painful episode of the end of her first marriage, Christie’s mother, Clarissa, to whom she was devoted, died. One of the effects of his mother was to sit at the writer’s bedside for the rest of his life, namely, a copy of the Imitation of Christ. Written by Thomas at Kempis, the 15th century devotional masterpiece concerning the inner life is divided into four parts. The first book emphasizes the need for solitude, silence and withdrawal from the world; Books two and three develop this theme but also speak of the interior consolations of this withdrawal. Book four is different. It is consecrated to the Blessed Sacrament and is written in the form of a dialogue between the soul and its Savior. Could these mystical exchanges have influenced Christie in her appreciation of the Holy Mass and, consequently, her feeling of the need to preserve her old liturgical form?

Unlike her in famous detective novels, the story of Christie’s involvement in the “Indult” has no ending; there is no gathering of suspects in the living room until the perpetrator is definitively unmasked and her motivation to act as she did.

Instead, there is a very deprived woman of deep faith, though not very demonstrative. After her divorce, Christie continued to attend Anglican services. Likewise, having married a divorcee, Christie’s husband was prohibited from receiving Holy Communion in the Catholic Church and refrained from doing so, even though he regularly attended Holy Mass. Yet Christie would have been aware of the beauty and history surrounding the Latin liturgy. Presumably, she and her husband would also have been aware of her power and true meaning, if only in her absence from their lives.

What can be said is that when Agatha Christie signed the petition for the “Indult”, she was adding her name to the greatest “mystery” that the world continues to witness on a daily basis.

A priest dressed in sacred garments is Christ’s assistant, so that with all supplication and humility he implores God for himself and for all the people.

Nor should he cease praying and making holy oblation until he succeeds in obtaining grace and mercy.

When a priest celebrates the Holy Eucharist, he honors God, he rejoices the angels, he edifies the Church, he helps the living, he remembers the deceased and shares all the good things with himself.