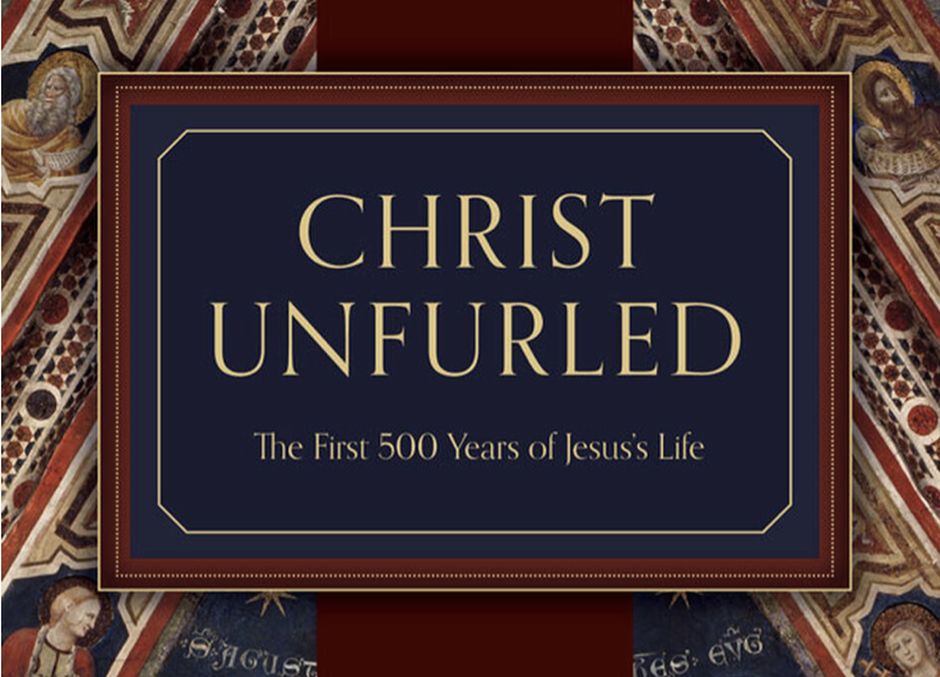 The unfolded Christ or the Roman Catholic Christ

â€œChrist and his Church thus together form the ‘whole Christ’ (Christus totus). The Church is one with Christ â€.

Here is how the 1992 Catechism of the Catholic Church (Â§ 795) hammers home one of the two axes of the Roman Catholic theological system, that is, the Christ-Church interconnection (the other being nature-grace interdependence).

If we want to be reconciled with the deep structure of the theological vision of Rome, we must begin by approaching this critical christological-ecclesiological point by which Rome considers itself the extension of the incarnation of Jesus Christ.

In his masterful book Roman Catholic theology and practice. An evangelical evaluation (2014), Gregg Allison has done a great service in stressing the fundamental importance of the bond between Christ and the Church for the whole of the Roman Catholic framework.

Each doctrine and each practice lies between the two axes: on the one hand an optimism about nature (independently of the breaking of alliance caused by sin) and on the other hand inflating the claims of the church which acts as a other Christ.

Now within the Roman Catholic tradition, David Meconi, SJ reinforces the crucial importance that â€œthe Church and Christ are truly oneâ€ (2) since the Church is â€œan extension of Jesus Christ himself â€(2).

Meconi is academically well qualified to write from a conservative Roman Catholic perspective. In the past I have read his The One Christ: The Theology of the Deification of Saint Augustine (2013) and consulted The Cambridge companion to Augustine (2014) of which he is one of the editors.

He is an Augustinian Roman Catholic scholar with a particular interest in the theology of the â€œwhole Christâ€. With the recent book Christ deployed: the first 500 years of the life of Jesus (Charlotte, NC: Tan Books, 2021) Meconi works even more closely on the Christ-Church interconnection, offering an account of what it means for Roman Catholic theology to assert that “the Church is a replica of the own human and human nature of the incarnate God. divine life â€(6).

He does so by emphasizing the historical perspective, that is, by reading the five centuries of the Christian Church as if they were “the first five hundred years of the life of Jesus on earth” ( 14). Since â€œthe Church is the extension of the incarnate self of Christâ€ (15), the Church is therefore Christ deployed as the title of the book indicates.

In the first chapter, the thesis is stated several times: “The Church is the uninterrupted continuation of the incarnate self of Christ, the extension of his divine and human presence on earth” (17) so that “post-Ascensional people can see, hear, and touch the Lord again â€(17).

What’s more, “The Church founded by Jesus Christ is the continuation of her own divinely human or humanly divine life â€(19). Christ’s deployment in the Church extends to His work of salvation, establishing an interconnection between the cross of Calvary and the main sacrament of the Church; indeed, â€œin and through his Church, the life-giving Body and Blood of Jesus continue to be with us in the Most Holy Eucharist.“(19-20).

Reiterating this point, Meconi goes so far as to say that â€œthe hypostatic union of humanity and the divinity of the Incarnate Son continues in the unity of the Eucharistic sacrificee â€(114).

In the following chapters Meconi attempts to prove that this Roman Catholic view has been upheld in the church from the beginning. As for the Apostolic Fathers (for example Clement of Rome and Ignatius of Antioch) and in writings such as Didache and The Shepherd of Hermas, he maintains that the first Christians considered themselves “as envoys and extensions of the very presence of the Christ in the world â€(30).

However, the evidence given for such a strong statement is less than convincing. In fact, the “canonicity of Scripture” (i.e. the recognition of the inspired books of the Bible) and the “rule of faith” (i.e. the full summary of the Gospel) in which the Apostolic Fathers were interested are hardly the first attestations of the Christ-Church Interconnection.

These are just a few of the concerns the early church had in trying to live faithfully after the apostles died. Their tendency towards “monoepiscopy” (ie one bishop over each local church) is more of an unfortunate influence of Roman imperial authority structures than a sign of their endorsement of the theology of the “whole Christ” .

As for the later Fathers, Meconi is right to say that, for example, Tertullian spoke of the Church as â€œthe mother Churchâ€ and Origen as â€œthe bride of Christâ€ (69), but these two titles given to The Church does not inherently refer to involves the theology of extending the incarnation, unless one wants to see it in retrospect, having already decided that is what he wants to see.

Examining the legacy of the first councils and creeds (Nicea and Constantinople) which focused on the Trinitarian nature of God and the divine and human natures of the person Jesus Christ, Meconi notes that â€œJesus Christ founded a Church so that ‘he place visible, a freely chosen Body, near which he could prolong his life â€(135).

Again, this is an inference that expands what beliefs say by filling terms with meanings they don’t have. The language of “extension” and “continuation” is not found in beliefs.

The union or communion between Christ and the church (or believers) is certainly maintained, but that this relationship points to the “extension” of the incarnation is beyond what the texts of the councils say.

To cross the frontiers between the incarnation of Jesus Christ and the life of the Church, we need a theological elaboration more extensive than that which can be found there.

Finally, a long section of a chapter is devoted to Augustine’s views on the â€œwhole Christâ€, Meconi’s area of â€‹â€‹expertise. According to him, â€œfor Augustine, the ‘whole Christ’ is not only Jesus now seated at the right hand of the Father but the whole Christ is Jesus as well as those whom Jesus lovesâ€ (182). Together, they form “one single mystical person” (197).

This is correct with regard to Augustine, although in Augustine there is also a strong emphasis on the distinction between Christ and the church and the latter’s submission to the former.

On this point, Augustine is at best confused. I wrote elsewhere about the damages of Augustine’s formula (totus Christus) and the corrections made by the Protestant Reformation by emphasizing the oneness of Christ (solus Christus).

On the axes of Christ-Church interconnection, Rome builds its own understanding as a Church endowed with the authority of Christ the King, the priesthood of Christ Mediator and the truth of Christ the Prophet.

The threefold ministry of Christ as King, Priest and Prophet is thus transposed to the Roman Church – in its hierarchical rule, its masterful interpretation of the Word and its administration of the sacraments.

But that’s not what the gospel teaches. It is an exaggerated view of the church based on a faulty view of Christ. According to Rome, there is never solus Christus (Christ alone), only Christus in ecclesia (Christ in the church) and ecclesia in Christo (the church in Christ).

The distinction between Creator and creature is decisive in order not to fall into the trap of raising the Church into a quasi-divine body.

After the Ascension to the right of the Father, Christ did not continue his incarnation in the church. Having formed the church by his work completed on the cross,

He sent him to the ends of the earth and gave him the power of the Holy Ghost to preach and testify of his gospel of salvation. Christ is the head of the church, and the church serves his purposes and his alone, until he returns.

Leonardo of Chirico is an evangelical pastor in Rome (Italy). He is a theologian and specialist in Roman Catholicism.