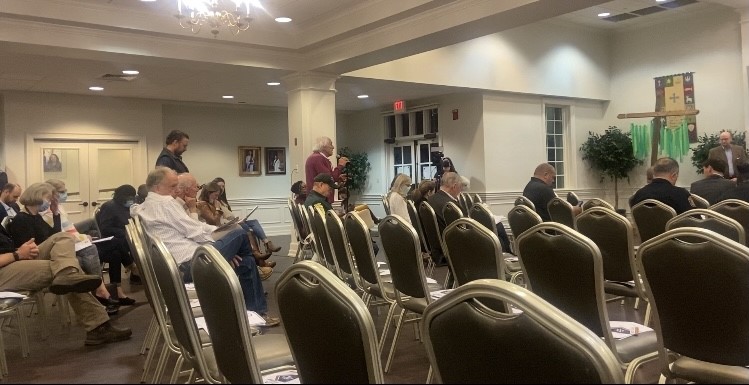 MEMPHIS, Tenn. – Crime victims and those concerned about crime gathered in East Memphis on Wednesday evening to find out what the Memphis Police Department, Shelby County Prosecutor’s Office and the Crime Commission are doing about it.

Almost 100 people took part in the Crime Forum at the Church of the Holy Communion in Walnut Grove.

“It’s time to let go of the hammer,” said one man in attendance.

Statistics from the MPD also show that violent incidents involving firearms have increased by 72% in the past four years.

Also, this year, nearly 1,400 firearms were stolen from vehicles. As a result, MPD calls on law-abiding citizens not to leave guns in their cars.

â€œ67% of the guns we seize on the streets have been stolen from someone’s vehicle. That’s a lot of guns, â€said Chief Davis.

Chief Davis wants to hire 300 more officers over the next two years, bring back retired reserve officers to help with community policing and tackle reckless driving on city streets.

â€œWe just received an engagement from the Tennessee Highway Patrol. After the first of the year, we will have 16 agents dedicated to our region. It’s huge, â€Davis said.

Shelby County Prosecutor Amy Weirich said they are warning violent repeat offenders that they will be monitoring them and will send them straight to jail and prey on serious juvenile offenders.

â€œAs of September 2021, our office requested and granted by court judges 25 minors to be transferred to adult court to be treated and tried as adults,â€ Weirich said.

The Crime Commission said community members can get involved in the fight against crime by contacting city and county leaders and lawmakers to voice their concerns, they can get involved in surveillance programs. neighborhood and even volunteer to supervise a child.

NEXT: Leaders Call for Help to End Gun Violence