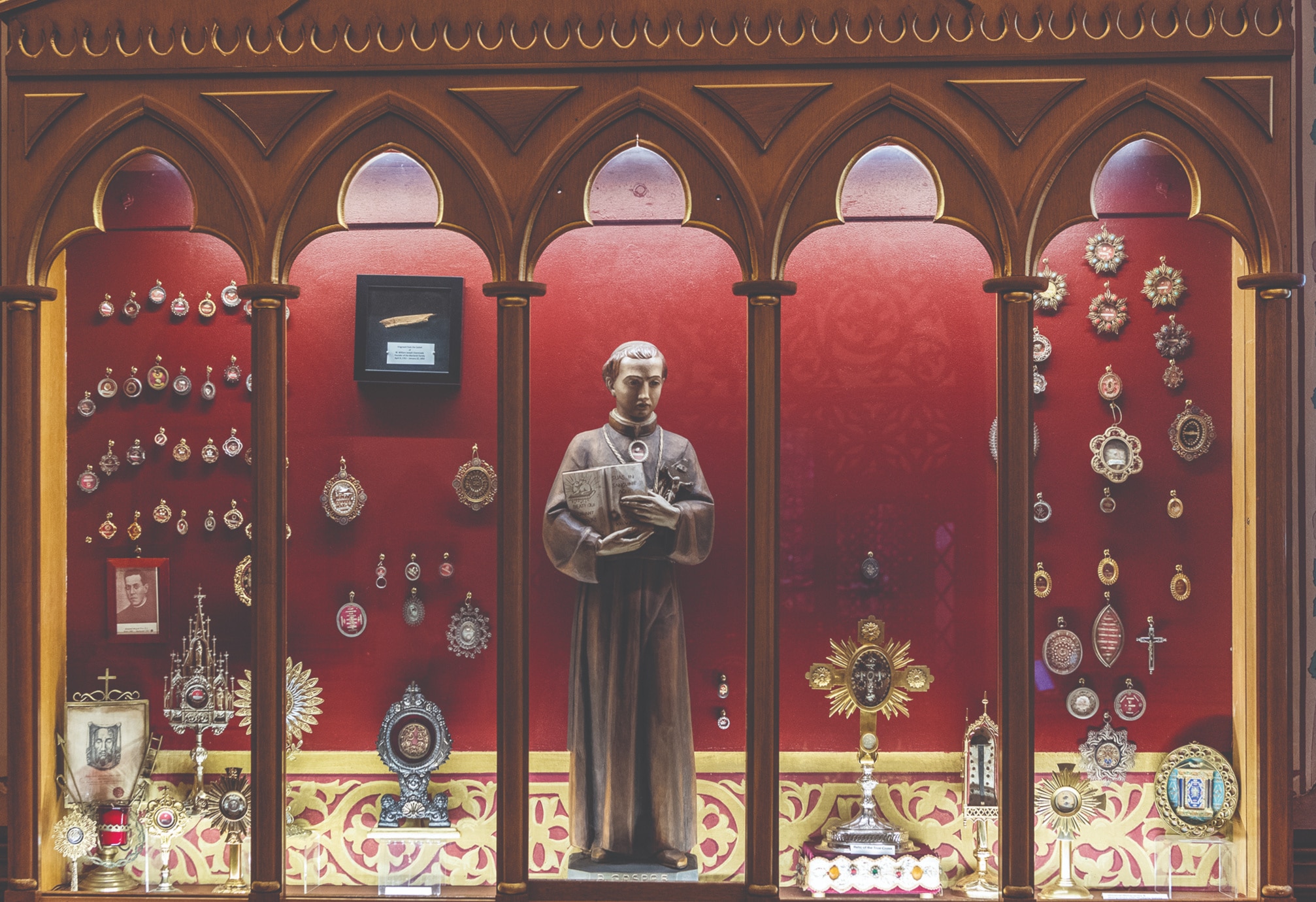 Why the Church honors the relics of saints – Catholic Telegraph

Question of Faith: Why does the Church honor the relics of saints? What is their history and purpose?

Veneration of the bodies of saints has a long tradition in the Church, both out of regard for the human body and the belief that the sacred can be mediated through the material. The scriptures share examples of the power of Jesus conveyed through objects – such as the woman being healed after touching the hem of her garment (Mt 9:20-22). And in the Acts of the Apostles, people were even healed simply by touching Saint Paul’s garments (Acts 19:11-12).

In the early centuries of Christianity, believers distinguished themselves from the pagans of the Roman Empire by insisting on burial (as opposed to cremation). Looking for a place to bury their dead, in Rome they buried the deceased on a few plots of land owned by wealthy Christians, digging underground tunnels to maximize the number of interred. Visitation to tombs became linked to prayers for (and to) the dead, especially when popes and martyrs were buried there. Christians prayed among the remains of their deceased relatives and friends and even celebrated Mass there.

This tradition of praying with the deceased developed when the Church began to honor certain men and women as members of the communion of saints and to venerate relics.
– usually the bodies of saints or objects related to saints
– in churches and homes. As this practice developed, it was considered essential that each altar on which mass was celebrated housed the bodily relic of a saint. Although no longer required in altars, the presence of the relic suggests the reality that when Mass is celebrated, heaven and earth unite.

Eventually, the Church distinguished between the classes of relics, considering the real body of the saint as the most worthy of honor. These “first class” relics include flesh, bones, teeth, and hair. Also to be respected, the relics of lesser importance include the belongings of the holy personage, most often clothes. Another class of relics eventually developed, for an object touched at a first-class relic.

Non-Catholics criticize the use of relics, viewing their reverence as superstition. Never venerated, relics are a physical link to a holy person, and are therefore honored or venerated. Often found in churches and sometimes in homes (since the faithful are allowed to keep them), for most Catholics relics are not an important part of their spiritual life.

In the early years of the Church, relics were distributed without any means of assuring their authenticity, hence the need for the Church to testify to their legitimacy. Although there have undoubtedly been counterfeits, the Church is wary of them. The relics are bound by a string and a wax seal bearing the insignia of the certifying official and accompanied by an official document (with the same insignia) indicating the name of the saint and the class of the relic. If the relic is separated from the document, it cannot be displayed publicly.

The tradition of relics may be considered unusual, even superstitious, but the reverence given to saints is ancient. As we honor these saints and ask for their intercession, their remains remind us of what their lives represent, as we venerate the relics of the saints the better to worship Him whose saints they are.

This article originally appeared in the February 2022 issue of The Catholic Telegraph Magazine. For your free subscription, click on here.